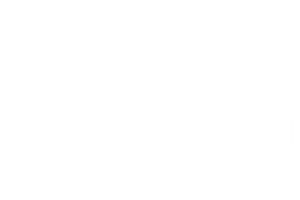 How “ganja” became a thing in Thailand

Here’s an interesting fact about the history of cannabis: it is believed that the earliest use of cannabis goes back as far as 12,000 years ago – older than the Egyptian Pyramids!

Cannabis has a rich, engaging history that spreads across several millennia. Our ancestors have been long aware of it and have been using it for various reasons. However, when it comes to its history, not all developments were carefully recorded. After all, people were getting high!

But we do know some things based on the historical findings, studies, and excavations. And as you would expect from a plant that makes you happy and takes away your pain, it has become popular in several countries. Cannabis originated in Central Asia and over the next few thousand years, it reached different parts of the world via nomadic migration, trade routes, and military conquests.

It all started in Central Asia

The earliest records show that cannabis was in existence at around 12,000 BC in Central Asia – specifically around the Altai Mountains. In the present day, this includes the regions of Russia, China, Mongolia and Kazakhstan. This also makes sense since some of the best hashish and marijuana in the world is known to come from mountainous regions like the Hindu Kush.

Due to the geographical closeness, kingdoms and civilisations close to Central Asia were among the first ones to enjoy the benefits of cannabis. This includes Eurasia, China, India, Japan, and the Arab World. It took thousands of years for this to happen.

Nomads used cannabis to get fibres for clothes, rope, and the plant for food and oil. Of course, they would have also realised that heated cannabis can cause a great sensation – a euphoria which, let’s face it, is going to be a good way to pass the time in those days.

But it wasn’t just that – there is mention of cannabis as a potential remedy for depression, anxiety, feeling good, numbing pain, and improving sleep in Chinese and Indian literature. So people back then knew that marijuana is effective for many things.

What’s even more impressive is they knew how to manipulate the plant to get the most out of it. Cannabis had clearly caught their attention. Here’s a cool story:

An archaeological excavation near the present-day Flaming Mountains in North-West China revealed the grave of a person (-dating back 750 BC) with 800 grams of cannabis next to him, with high THC content. Further analysis reported that this plant was specifically cultivated from cannabis strains carefully chosen to have more THC, rather than just being handpicked from the wild.In other words, people back then studied the plant and grew it to have more psychoactive properties – which entails focussing on female buds and parts and discarding the male ones.

As colonization, flourishing trades between the widespread regions, and navigation became more prominent, the plant eventually spread to the West, notably through to Europe, the Americas, and Africa.

It is believed that cannabis was introduced to Thailand from India – which is further supported by the fact that both cultures have the same word: ganja.

Timelines are iffy on when exactly it was introduced. Still, we know that it has been around in the country for centuries. Back then, it was used as a source of fibre for ropes and clothing. Hemp products and textiles were quite common – Muay Thai fighters used hemp hand wraps to protect their hands during fights.

Thai people were also realising its value in reducing pain, anxiety, stress, and acting as a muscle relaxant. These instances mark the origins of medical marijuana, where workers used the plant after a long day of exhausting work while women used it to reduce labour pain.

However, in the early 20th century, cannabis was banned in Thailand. This ban set the foundation for the present-day Narcotics Act and effectively made cannabis illegal.

Nonetheless, people continued to enjoy marijuana – away from the prying eyes of the law. The underground scene was quite active through the 40s and the 50s and only continued to grow with time. Even though there were laws around it, they were difficult to enforce because cannabis was quite common in the country and people accepted it as a part of their lives.

Weed in the 60’s and onwards

During the Vietnam War (1960-1975), the United States used Thailand to operate its airforce. It hosted all the major bases for U.S. soldiers serving in the war and, throughout the war, had more U.S. personnel in the country than in Vietnam. It was also a popular spot for the soldiers to relax and have fun when not on duty.

Here, U.S. soldiers got a real taste of recreational marijuana. And this was also during the same time as the Hippie Movement was evolving in the West, with a call for an end to the Vietnam War being one of the major driving factors. And if there’s one thing we know about the hippie culture, it’s that they love pot.

These two together led to an expansion of the cannabis scene in Thailand. Local entrepreneurs were selling marijuana to U.S. G.I.s in pre-rolled cigarettes and other forms – this is where Thai stick came into the spotlight! Even the term ‘bong’ is believed to have been originated from the Thai word ‘bhaung’ – bamboo water pipes locals used to smoke marijuana.

During this time of war, U.S. troops found comfort in marijuana. They eventually took it home, leading to more demand from the American market. As a result of this demand – initially met by the military postal system – the marijuana industry bloomed in Thailand during the 70s and 80s. The geographical richness and excellent conditions (notably around the Golden Triangle) made cultivating cannabis plants of exceptional quality and potency possible.

This further led to the smuggling of Thai marijuana to the States and other countries – cartels smuggled thousands of kg every year. Thanks to the easy access, people in the country were also enjoying the plant. As a result, Thailand soon became a major weed producer in South-East Asia.

Cannabis has been prohibited in Thailand for much of the 20th century. In the 1980s, the United States was going all-in on the War on Drugs and given the large quantities of marijuana coming into the country from the East, it roped in Thailand to join the cause.

As a result, the laws became more strict, but the use did not reduce. If anything, people got more cautious and continue to smoke cannabis to date.

However, there is a change in the horizons. The present cannabis laws in Thailand have opened up the way for medical marijuana. In a nutshell:

People are now trying out cannabis legally, much to the point of improving the quality of their life. In addition, there are universities with dedicated programs to studying the benefits of marijuana. The landscape is changing, and it is hoped that Thailand will become progressive enough to regulate its recreational use too – like the West.